The company which originally bore the name OSSA was a company that was founded in Spain in the year 1924 and its speciality was the production of movie projectors, with its target population or better still its market being centered in Spain. With the advent of the Second World War, most of its activities were put on hold. After this war, came the moment for the OSSA company to start back production but this time around they decided to tweak things a little bit and rather went in for the production of two wheeled engines. This may sound absurd to change from producing projectors to producing motorcycles but it should be noted that many other giants in the motorcycle industry also followed quite a similar path such as the Yamaha, Harley Davidson and BSA.

Ossa reached its peak of motorcycle production around the 60s, where it saw itself conquering markets such as those of America and many other European countries. One added advantage this bike had in the United States as well as Canada was the fact the bike was quite powerful but relatively light, thus making it adapted for motocross, which was a sport that was gradually gaining grounds in this part of the country.

The Ossa Company happens to have been a great supporter of almost, if not all sports that involved motorcycles. Of such sports, you could name Enduro, motocross, road racings and observed trials as well. Domestically, OSSA competed with many other Spanish giants in the Domain and came out victorious. So, in order to further conquer the international markets, OSSA decide to compete internationally as well. One of the key figures in the intentional success of OSSA was their rider who was known as Dick Mann. He helped them develop a 250cc dirt bike. He went on to win the short track event in the 1969 that took place in Santa Fe. This event was organised on a quarter-mile dirt track, this was all part of the AMA Grand National Championship.

Another of their early list of successes was the Grand Prix road racing, in which they competed using a bike that was designed by Giro’s son; the magnesium monocoque-framed bike. The rider of this bike went by the name Santiago Herrero and the ingenious producer of the bike was none but Eduardo, Giro’s son. Herrero went on to win an iconic four 250 cc Grands Prix with the OSSA Company. Unfortunately, OSSA had to part company with him in the 1970, during the 1970 Isle of Man TT where while competing, lost his life. This was so much of a huge blow to the OSSA Company that they found themselves withdrawing from all road racings.

Notwithstanding the tragedy earlier I 1970, OSSA decided to withdraw from the road racing and rather channel all their efforts into observed trials that took place in Europe and the United States as well. Other renowned Spanish giants that also participated in these were the likes of Bultaco and Montesa. With their growing fame, OSSA took the decision to hire a professional British rider who went by the name Mick Andrews, whose job was to conceive the designs, implement them and ride the trial motorcycles. Their gamble paid off almost immediately as they consecutively captured the European trials of the years 1971 and 1972. This rider of theirs also ended up winning the Scottish Six Days Trial for 3 consecutive years. All that was between 1970 and 1972. All this for the OSSA factory. 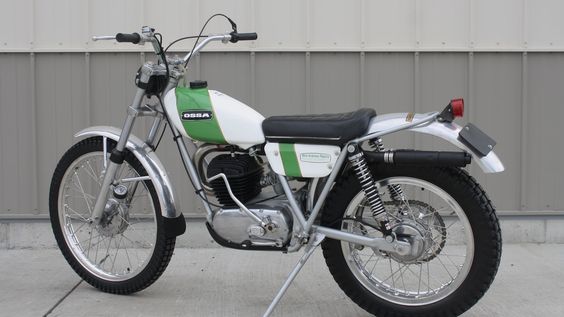 Even if one were to keep aside the numerous series of victories which were gradually making the OSSA company gain preference once it comes to the choice of bikes for racing whenever the riders are to make a choice based on the power to weight ratio, the company was also gaining grounds and making a name for themselves as of what concerns reliability for on and off track riding as well.

It is quite amazing but despite the fact that the company had gained grounds in terms of preference and built a serious reputation for themselves, there was a setback at the level of the American market where they failed to secure a good dealer network. Actually, the motorcycle boom which was responsible for the new market and had made so many European giants in the motorcycle industry enjoy huge amounts of profit, was going to be the same cause of their downfall.

Reason simply being that given the fact that there had now been a wide variety of bikes from which buyers and dealers could choose, those in charge of producing could no longer sustain this need, given that they had to meet up with the production of a variety of bikes. Any company that attempted to solve this by investing in the new companies or industries or factories back in the home countries ended up with horrible figures.

The Franco Era of 1975 saw the OSSA company decline woefully. Reason being that the Spanish government took the decision to convert their economic structure into somewhat was going to be a free market economy. This gave way for the Japanese giants in the motorcycle industry who had cheaper motorcycles to gain the market. This alongside crippling the employee strike of 1977 were what contributed to the downfall of the OSSA Company.

In a fight to salvage what was left of the OSSA Company, OSSA decided to merge with Bultaco. Unfortunately for them, this was not going to be enough to solve their financial problems in general. As a result, the OSSA Company was closed down in 1982. That notwithstanding, considering the fact it is a vintage mark, you still have amateurs and collationers going after what is left of the OSSA bikes. 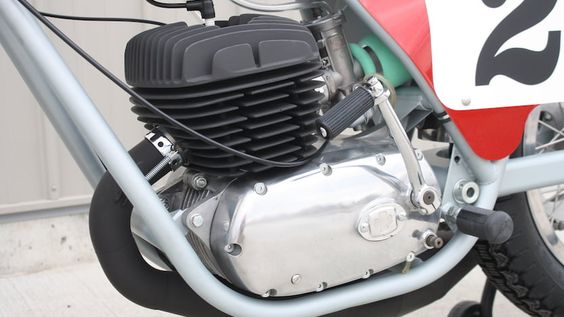 In the year 2010, some business men of Spanish Nationality decided to buy the rights to the OSSA trademark and this saw them launch the production of bikes with the OSSA brand once again. This firm has as primary objective the production of bikes for trial as well as Enduro purposes. The company went an extra mile to create a team that would compete in the 2011 FIM Trials world championship. The company went back home, occupying the fifth position with their rider being the Spaniard who goes by name Jeroni Fajardo.

Below are some of the OSSA bikes which has won the hearts of their users;

The Ossa SPQ, which in full is the OSSA Seurat Piron Queyrel. Was produced in the 1970 back in France. This was a road racing motorcycle, with a 250cc engine that was air cooled. It is worth noting that the engine was also a product of the Ossa Company. When it came to circuit competitions, the OSSA SPQ was nowhere close to matching the Yamaha TD2 who was looked upon as the god in this domain but when it came to criterium races as well as hill climbing, the Ossa SPQ came out on top.

This was one of their largest bikes ever produced. It was made in network, Precisely in Schenectady by the Yankee Motor Company. This bike had a couple of other appellations, it could be heard being called the “Ossa Yankee”, “the yankee bike” or simply called “The Yankee”. This bike was usually taken for off-road purposes.  It carried a 500-cc air-cooled Ossa twin-cylinder two-stroke engine that was designed by the MasterChef, Eduard Giró.

This is a road racing bike, which was produced in Barcelona by none other but the Engineer who goes by the name Fernando Batlo. This bike actually had two Yankee engines. These were the 970cc four-cylinder, which were two stroked and air-cooled. This motorcycle actually participated in the 24 hours of Montjuich races that took place in the years 1972 and 1973. Actually, there was just a single bike that was built for the purpose of road racing. The other was just a street bike. If you happen to step feet in the Bassella Motorcycle Museum, you will find a copy of this bike exposed there for the eyes of the amateurs of this model.

The table below gives the names of some Ossa Motorcycles. They are divided into two categories.

How does the motorcycle market work?