Why we dont see enough motorcycle champions in India?

Motorsports: This is an industry that has seen a record explosion over the years. This explains why we have so many of the giants in the motorcycle industry in India doing their utmost best to invest what they can into this activity. Amazingly enough, though the returns are not yet as impressive as those who invested in say Formula 1, nonetheless those returns are being perceived and it won’t take long until this goes international.

It is worth noting that motorsports has existed in the India for so many years now. As far back as in the sixties, there were already faint traces of this sport being carried out over the national territory. Lately, this sport has gained grounds, making quite an impressive name for itself and is drawing the attention of many amateurs and lovers of two-wheels nationwide. With India as a reputable nation nowadays when it comes to road racing events, it is but normal to expect India to have a great role to play when it comes to such events. 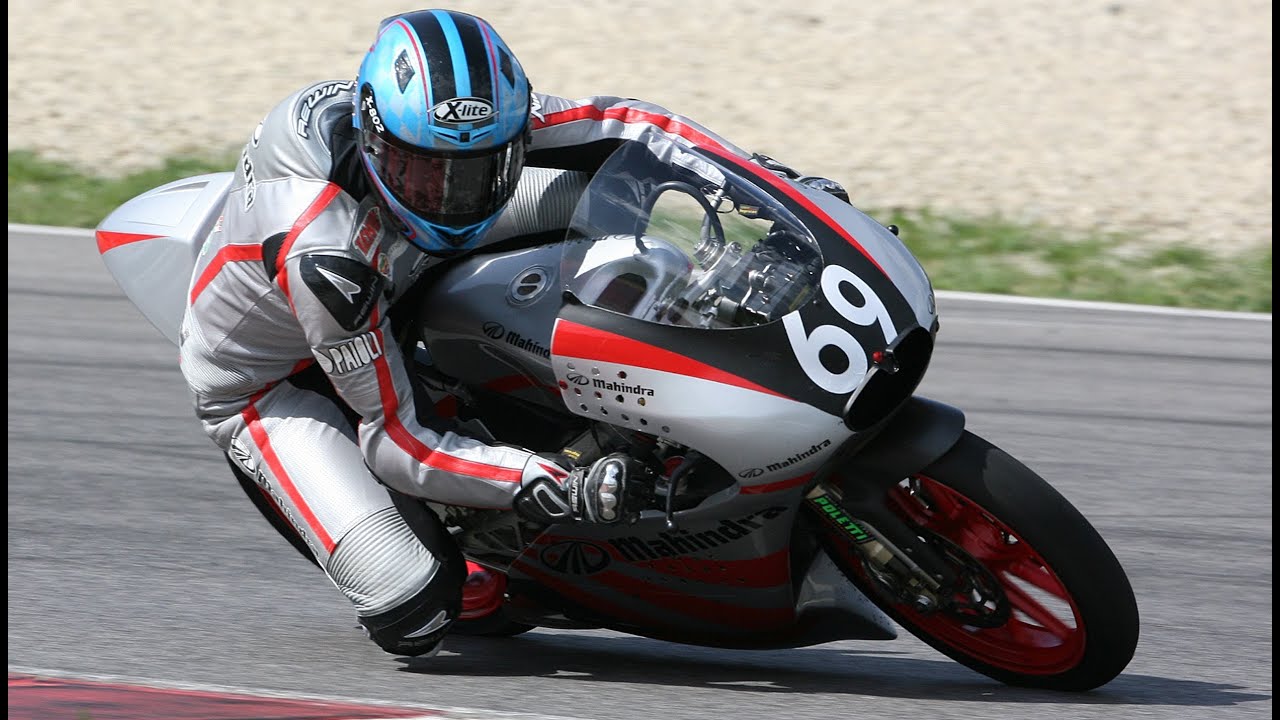 Actually, as earlier mentioned, this is more reason why we find a lot of people investing in this industry and so far, it has proven to be worth it. It goes as far as the domestic riders, home born racers who are getting to make a name for themselves on an international level and this has ignited the flame in the other young, prospective domestic riders who aim at nothing else but getting to become professional riders someday and getting to be known internationally as their idols are at the moment.

In the earlier years, this sport was considered to be one for the rich only but thanks to creation of the Federation of Motor Sports Clubs of India (FMSCI), this sport has gradually gained more grounds even among the less favored. Not only did this body get to create more awareness towards the sport, but it also went an extra mile to create a standard for the rules and regulations that were to govern this sport as a whole.

As this game gradually gained grounds, it has attracted so many people and one of these “fans” were those of the automotive industry. They came to the tracks and followed the games with a keen attention in order to understand the tracks which will be of significant help in improving the performance of the vehicles they created which in turn will be a great boost for the automotive industry. In this same light, we have one of the companies such as TVS Motors Company that got to create an extension that was in charge of mediatizing this specific sports. This extension was known as TVS Racing and TVS happens to be the oldest company with a rally team in India. As earlier mentioned, some investors in this domain made used of the info they acquired from the track events to create for themselves, ultra-performant vehicles and this was the case for TVS racing which collect every valuable information they could get and channeled it to their research and development department of the TVS company which exploited it for its technological and design inputs. Not long enough, TVS racing was now the target of every young rider who had the plans of going pro someday.

It is true that many are those who have put in a lot, both financially and physically as effort in order to get this category of racing pick up someday but one has to admit that there is yet a lot that has to be done if India one day dreams of comparing itself to other countries on an international level. They even go as far as making available the best riders available to them but the result is not yet one to write home about. The government has also played a critical role by helping the Federation of Motor Sports Clubs of India (FMSCI) establish that base they need to go ahead with the motorsports.

Over the past 34 years, a great partnership between TVS racing and the Federation of Motor Sports Clubs of India (FMSCI), has proven to be quite enriching with the aim of bringing the fame and recognition to this sport. One way to achieve this is the creation of the One Make Championships in India which is a platform for those young riders to come showcase their talents and usually there are interested parties who come there with the aim of handpicking local talents, propose them to join their teams so they can have the chances of becoming professional riders. The work done by the TVS.

Team does not only end there. Yes, they provide the required infrastructure for the races but that’s not all. They also go an extra mile to expose the racers to India and the world at large in order to increase their chances of being noticed. They create this exposure by frequently organizing training modules and giving the riders the chance of participating in international racing events alongside other giants in the motorsport industry.

A sure fact is a racer does not wake up and become “Valentino Rossi” out of a blue. It requires a lot of practice and commitment throughout their lives. One of the secrets of all these great racers is the aspect of regular training and this should begin especially at a young age so it becomes a routine. Unfortunately, there is always that pressure from the parents of children who rather give up everything they have so as to see their children succeed academically and would rather “kill” than to watch their children walk down the path of becoming a professional bike rider. Couple with that is the aspect of injuries.

Knowing how injury-prone and dangerous this sport could be, the fear of getting injured is usually a deterrent and the back of everyone’s minds; be it parents or prospective bikers. In this light and over the past years, there has been a significant amelioration in the level of safety and security when it comes to motorsport and the various academies have gone a long way to equipping their training facilities with state of art safety equipment and also train both parents and the prospective riders on the whole safety aspect.

For example, the racer who goes by the names Aravind KP was a born athlete, had that passion for speed which made him easily spotted at a young age and the transition from foot tracks to motorsports was not quite a tedious one especially as it started at a tender age.

With the evolution of the Indian motorsport, there has been the advent of different variants spanning form Dirt Racing to Drag race, along the line we also have supercross championships, rally raids, etc. and with the recent Baja Rally that just made its way into the industry, India is gradually creating its mark on the world. Taking part in this occasion was an occasion for the international racers to compete with local racers and a victory meant a place in Dubai to compete even more.

There is also the aspect of scooter rally which is actually gaining more grounds in the races that involve the two wheelers. Yes, it may not yet have hit the Indians as the other races have but given the exponential growth of two-wheel races in India, it is something to expect hopefully. Of such competitions, one that has made the most name for itself is the Gulf Monsoon Scooter Rally.

Benelli 600i: The Game Changer

So in a nutshell, India has got quite a lot of potential especially as a country meant for motorcycle sports. Truth be told, this racing involves engines that themselves require a lot of time and money for a perfect which is the main reason why a lot of finances required in order to boost this Motorsport industry. In order to make this sport one in which we could see each and every one participate, developing the right talent and the right time is what is expected of the riders.

Infrastructural, the governing bodies should put in all necessary efforts to make available the facilities and infrastructure that is needed. This will in turn help boost the morals for prospective pro riders. Also, another thing that was mentioned was the fact that Motorsport was considered a sport for the rich, though that may have changed over the years, there is still that need to make the sport an affordable one for everyone who aspires to take part in it.

How does the motorcycle market work?